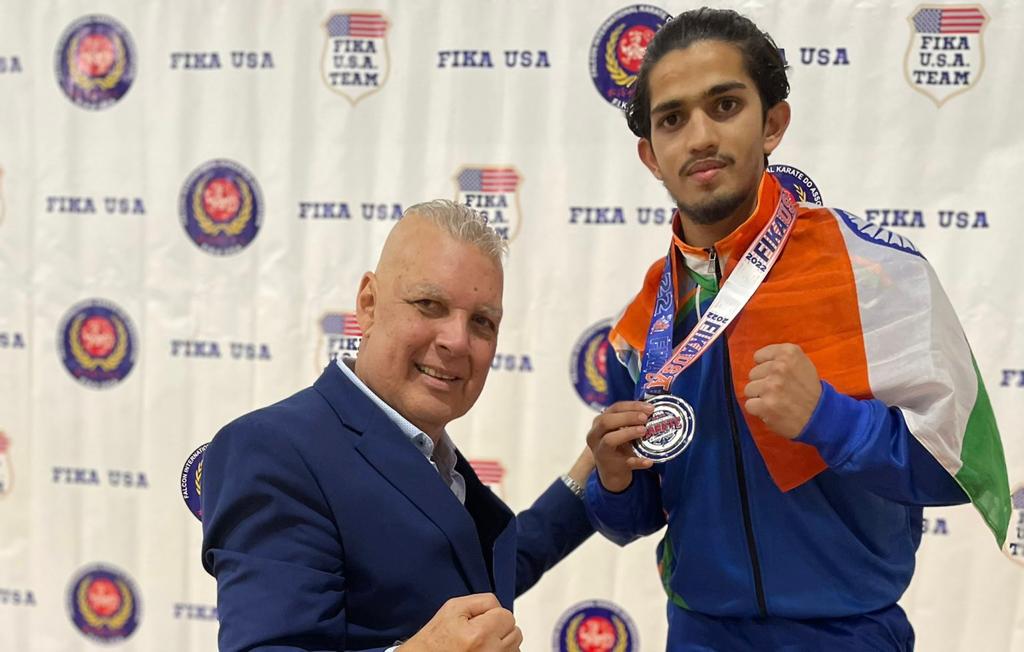 Indian karateka Syed Mohammed Hussain shone at the FIKA US Open International Karate Championships in New York , USA, on 6 November 2022 Competing in the Advance men’s division, 18-34 year male -74 kg hussain  won Silver against USA  karateka, who are rated as World No. 1 in the sport.Hussain defeated hosts USA for the second consecutive year to clinch Silver in the Kumite .Last year, Hussain became the first Indian to win a gold medal in the individual Kumite category.

Speaking to Media  Hussain coach Syed Iftquar hussain who also is the chief coach at  Pako martial arts Academy, expressed his happiness on his disciple’s success while revealing their aim for glory at the Asian Games.

“he is the No. 1 karateka in the country and he has proved that once again. Winning a silver medal again at a prestigious event like US open, will help him feel more confident in his preparations for the Asian Games later this year,” Althaf said from Bhopal.

Hussain  has been on the top of his game as he has been an undisputed national champion in his  category for a decade and also won international gold medals in 2015 and 2018 Sharjah open Championship. His exploits saw his  being accorded with Best players Award by Telangana government back in 2021.