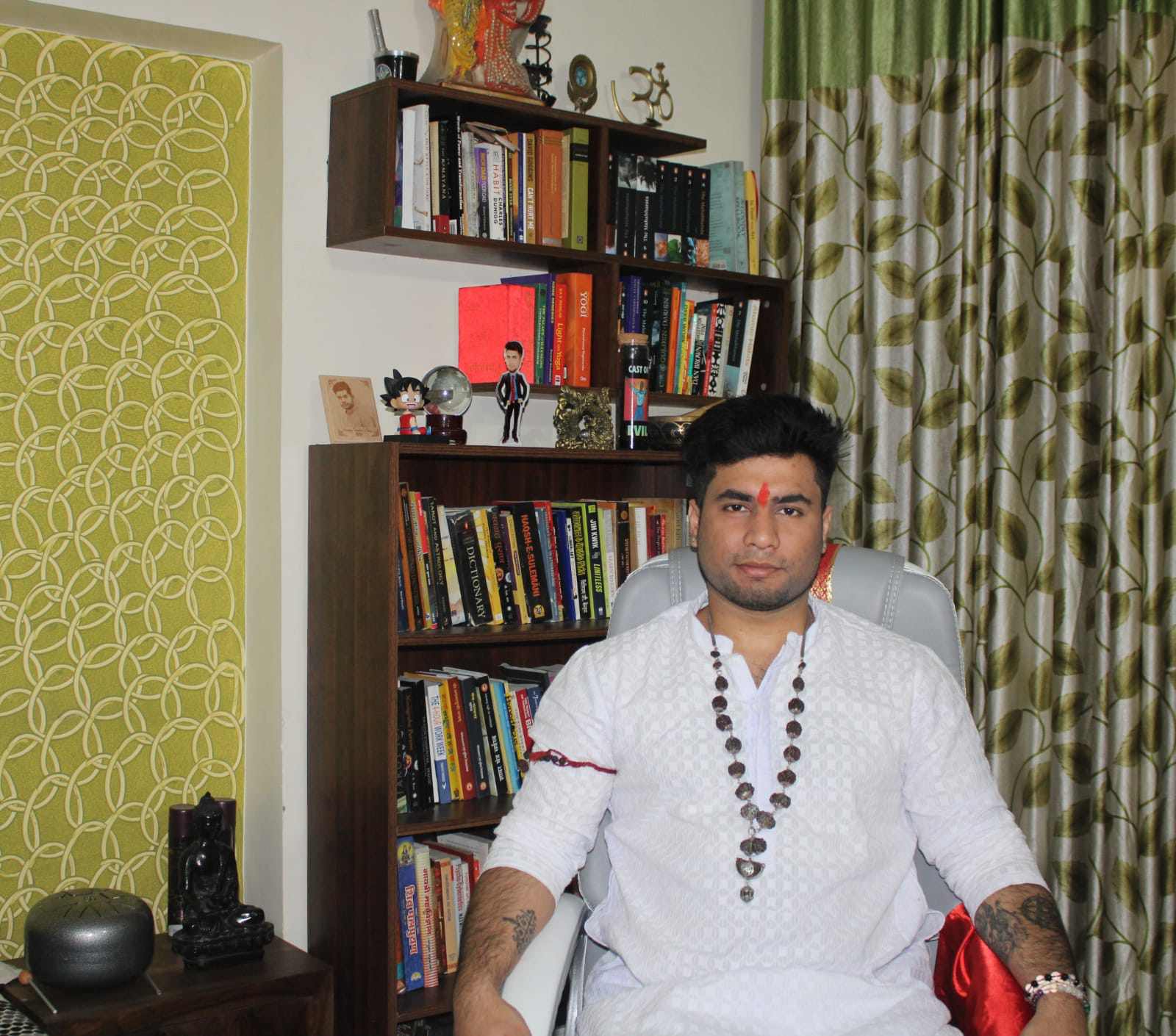 The occult has always played an important role in the lives of people nonetheless people still are sceptical about it. Astrology, Occult, and Spirituality are much more than just predicting the future.

Sidhant Joshi who is known as Aadesh in the world of the Occult is a young Occultist who has been practising the occult for more than 13 years. In his span career, he has achieved various milestones and with these milestones, he has got recognition and appreciation from across the world due to his work. Today, he has come a long way and is also the founder of A-Disha. A-Disha translates to The Direction, the mission and belief here are that of following a path where one can attain peace in life.

Sidhant started his journey when he was just 12 years old. His journey began with a book on Indrajal. He recalls and states, “I bought a book at the railway station for 50 rupees and since then I have never looked back and set forth for a new journey.” Today Sidhant has grown solely because of his passion and hard work. He has trained over 10,000 students in various subjects such as Tarot, Spell Workings, Ritual Workings, Aura, Energy Shifts, Reading and the list goes on but the point that is to be noted is that not only has he taught students but has also helped common people with his wisdom and knowledge.

Under his guidance people from various layers of society have seen light in their life.

The Direction or A-Disha helps you with various things such as Healing, Numerological Name Rectification, Psychic Reading, Professional Workings, Shatkarma and much more. All of this can be availed by booking an appointment. He has served more than 7500 clients he has experience in more than 50 modalities that include – Ritual Magick, Ceremonial Magick, Folk magick, Shabar, Mahavidya, Scrying, German Sorcery, Italian Witchery, Magick Of Solomon, Reiki, Lama Fera, Shalvik, Psychic Reading, Aura and Chakra Reading, Past Life Regression, Hypnosis, Magnified Healing, Kundalini Reiki, etc. He has also learnt and practised Wicca for over threw years. In modern times when people consider the occult and spells as a fraudulent way to earn money. Sidhant is working hard to restructure this.

He always had a thing for Mythology and since his childhood, he was inclined towards it. At the age of 18, he became the youngest person to hold an ISO 9001:2015 certification (QMS-151617) in this field. When he was a kid, his father bought him a computer and broadband connection that aided his passion and interest.

He proudly states, “I don’t serve kings but those whom I serve will be kings” because I bleed colours into darkness.”

Aadesh aka has been awarded and honoured for his work but while people like Sidhant are working to change the outlook of people towards the field of occultism some people do vile things in the name of occultism and tantra.

He also takes in-person and online workshops on various occult topics and subjects from time to time as well and he is a coach, mentor and spiritual master.

To know more about his work, you can find him on: