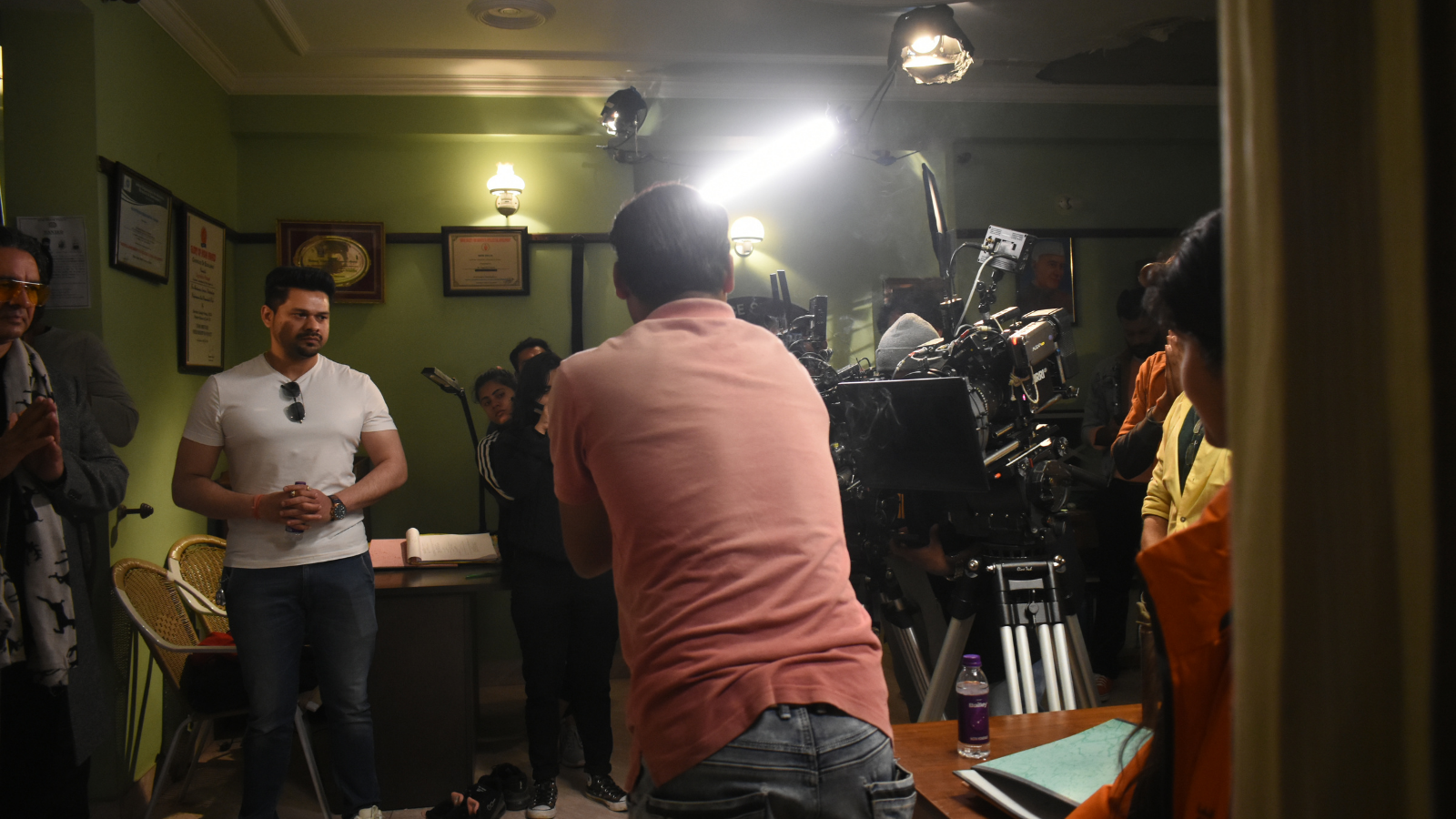 JSR Production House is a video production company that specialises in video creation, television and internet video content, film production and video editing. VHS Media LLP TVZ Creations are other sister firms under the umbrella of JSR Production firm owned by TARUN SINGH RAWAT and JASWANT SINGH RAWAT. They own a number of businesses under their name which includes Real Estate, Hotel Chain and Film Production.

The movie ‘Mussoriie Boyz’ is a big project that is set to be released from July to September They have completed 75% of the movie and the last half is in the process of shooting amidst the lush green forests of Dehradun valley.

The producer, Mr Tarun Rawat, said”I think the plot is extremely interesting, and it beautifully reflects the bond of friendship with a tint of fun and comedy,” Mussoriie Boyz producer Mr Tarun Singh Rawat said of the film. “We have always attempted to promote cinema and provide a platform to developing talent,” he further added. We believe that because it is a story about friendship and loves It is going to connect well with the audience.

Mr Tarun Rawat is a renowned name in Uttrakhand, he is a man of mettle, therefore, he along with his father has taken JSR Group to new heights. JSR Production is one of his ventures and he is very passionate about film making, that is why he takes up projects of diverse genres and under the name of JSR PRoduction he has released many music videos and movies

The film Mussoriie Boyz features four friends who have been friends since early schooling. They depart to pursue higher studies, but the constant bond of belongingness lashes them together. To make their bonds stronger they plan a reunion. Vicky (a Superstar), Chaudhary (our typical Gujjar Bhai), Sodhi (the Punjabi Power Peg), and Panda (that hilarious, fat chum) reunite the four pals on a reunion trip to Mussoorie, the setting for all of their memories. The film sets a friendly tone with a tint of humour.

JSR Production House is continuously working on many intriguing projects. This year, they are going to host a singing talent show, starring Uttarakhand’s talented kids. Not only this but a few songs are in sequence after the release of ‘Mussoriie Boyz’. Other projects like Netra and Fugitive, are in their pipeline, which includes big names like Sanjay Mishra, Pradeep Rawat, and Zareena Wahaab.

The music sequence is a perfect amalgamation of Hindi track with a punch of Garhwal mix that is shot in some of Mussoorie’s most Picturesque locations in Uttarakhand. This song will be a complete new take on the traditional garhwali and bollywood music prevalent in the Industry. It is all set to groove the audience and help them appreciate the cultural beauty of Uttarakhand.

To get all the updates and latest developments about the movie, follow their official page:-