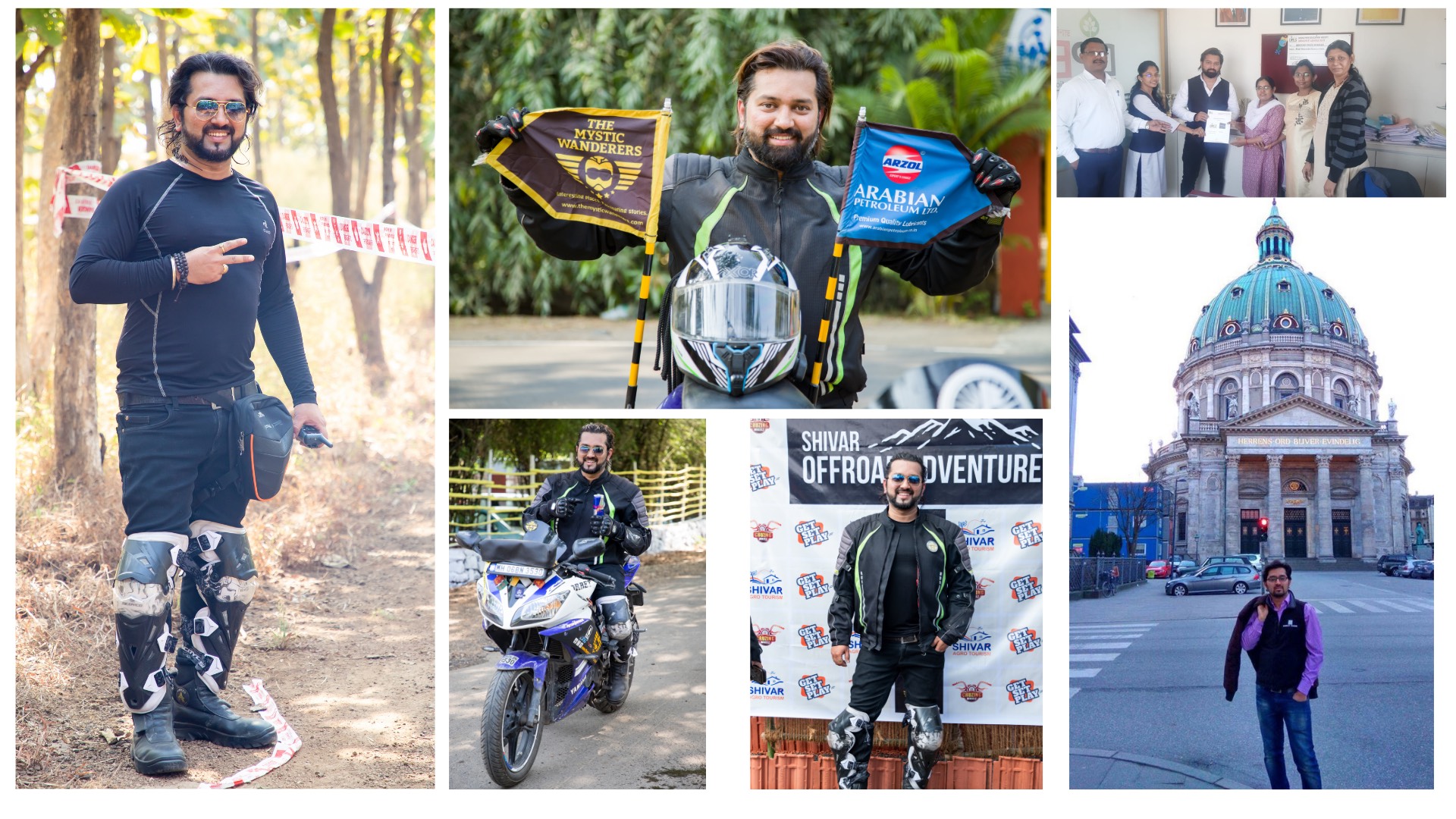 There is a popular statement that says that one must possess an interest in a single thing and put one’s entire time into it to achieve success and reach on to the pinnacle. It has become a societal norm and a myth that people should work on only one thing. But there are some people who do not believe this statement and support that a man can have multiple interests and is able to work on them simultaneously. These few people come out of the box and stand as an inspiration. Sagar Mohite from Thane, the director of ITEXEMPLAR, is the founder of The Mystic Wanderers Bikers Club. He has also completed his training in Rifle Shooting.

Sagar Mohite has completed his Bachelors in Information Technology from Mumbai University and has then pursued his Masters in Computers from Northumbria University, Newcastle, UK. He is currently pursuing his PhD in Computer Engineering.

He has been very successful in terms of his education. His hard work and efforts have got him the best education from the best universities. His continuous efforts in his college life eventually led him to lead a great professional life that utilized the worth and knowledge of Sagar Mohite. He has been walking in different shoes at the same time. He is working in Europe with a group of companies as a Business Manager in IT and as a Project manager in India for high profile clients such as High Court, Central Jail, Mantralaya and Smart City Projects. In addition to these, he is also working as the Head of Digital Marketing Asia for JBR Group of Companies.

After working in various roles for many reputed companies, Sagar realized that he has acquired the right amount of knowledge and experience that is required to start his own company. Deep inside, he knew the probability of failure as well, but what’s life if not for a brave decision and a daring step. This ideology filled his spirit within him and made him an entrepreneur and founder of the IT company ITEXEMPLAR. This company provides end to end services to SME and Multinational Companies. The company is in good terms associated with reputed clients such as Birla and HDB Finance from various countries such as Canada, the UK, Denmark, India.

Sagar still found some voids. He wanted to explore various other areas too. He realized that his heart wants more, it needs more to achieve, its quench for thirst hasn’t calmed down. Sagar has always believed that travelling has the ability to empower a man and give him the ultimate pleasure. It enables a man to explore, learn and experience a lot of different and unique things. He put this into practice and has been to six different countries and has travelled to many aesthetic places in India. Sagar has a serious inclination towards bikes, and in 2018, Sagar blended his towards bikes and travelling in the form of The Mystic Wanderers, a bike club started by him. The club is powered by Arabian Petroleum and has organized more than 15 rides covering around 90000 km in the span of 3 years with 110 members. The club is not just limited to rides but also has the lion’s share in terms of several social activities.

In the course of his professional journey, Sagar has learned various technical skills that are very useful in the industry and are difficult to understand. At some point, he believed that he could be of some help to those who wanted to learn them and has provided training to more than 1000 students with more than 500 internships. He also has MoUs with more than ten engineering and diploma colleges as an Industry trainer to transfer essential knowledge that is required to stand out in the corporate industry. Besides these, he was also a keynote speaker at the JBR conference about the Management of Big Medical Data held in 2017 in Denmark and at the JBR conference about IT in Healthcare held in Norway in 2018. In addition to these, one more astonishing fact about Sagar is that he has also completed Pistol Training for his interest in Rifle Shooting.

At the age of just 34, Sagar Mohite has taken and travelled through many roads and has gained experiences for life and proved that one can possess multiple interests and still manage to concentrate and pursue them. Sagar Mohite is truly an inspiration to all those who wish to travel, excel in It, mentor people and most importantly, to those who want to live every moment of their lives.