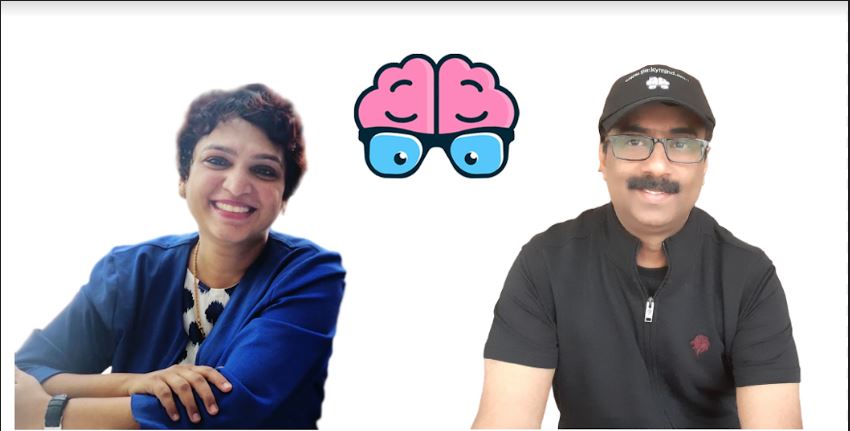 One of the biggest concerns of personal development today is mental well-being, yet it is also one of the least discussed.

According to WHO’s findings, as of September 2021, in India about 56+ million  and 38+ million suffer from depression and some form of anxiety  disorder, respectively. A substantial portion of the population requires active mental health intervention, according to the organization.

According to UNICEF’s report -The States of the World’s Children, 2021,  14% of Indians between the age group of 15-24 years suffer from  depression. And what worsens the situation is that only 41% of those are willing to  openly talk about it and seek support.

And  the reason for not seeking timely help is  the stigma attached to mental well-being in the country.

Pinkymind, a mental healthcare start-up of a passionate team with nothing but care, expertise, and a shared  vision to help the society is today assisting individuals from  every social background, began with a simple and modest  team.

Through the tough times, they consistently kept on making their team  bigger by getting experts in different fields on board. Eventually, they  launched a mobile application for better reach. And only recently, they  brought in a new, valuable feature for their application users- the  Listener QuickChat.

Rather than a bot-empowered chatbox that essentially every application  has, they have introduced an empathetic chatbox that is backed by  genuine human expert listeners, to help out the young adults. Because,  as we have heard time and again, ‘Shared pain dies down’.

Research shows that around 74% of mental illnesses start before an  individual reaches the age of 24. India has a population of about 240M in  the age group of 15 – 24, that is 17.8% of India’s population. The  pandemic has forced these young adults and teens to spend their crucial  years behind closed doors, hence giving rise to many mental health  concerns.

Jack Of All Trades

Pinkymind has a broad range of mental health services, including self assessment, guiding programs, counseling and therapy, and now Listener Quicker Chat.

They also have just the right playlists for every time of the day and every  mood of the mind, to help their users relax, slow down a little, and to  help them appreciate the beautiful sounds they have to offer.

As of now, the team consists of ten highly qualified mental health  experts including psychologists, psychiatrists,  coaches, counselors, expert listeners, and so on.

The Dawn of the Idea

The founder, Stephen Chacko, came up with the idea of Pinkymind after overcoming anxiety and untimely panic attacks and letting go of his inner struggle, thinking about helping others who suffered the same way. The idea was discussed with Shiven, a technical expert. It was on April 02,  2019, that they launched the digital app and made their services  available to their clients. Smita– a psychologist & coach joined the  founding team to ensure better reach amongst the multicultural  audience spanning across various age groups.

As someone has rightly said, ‘Solve your problem and soon you will  have a business to help you solve that of others’.

As time went by, the team got bigger, more talented, and more diverse.  As of now, PinkyMind is an LGBTQIA+ friendly platform, because  the rudimentary principle behind the idea is ‘Providing a safe space for  everyone, with anonymity’.

As per WHO’s public data, there are only three (3) psychiatrists/ psychologists for every 1,00,000 people in the country. The number  shows the stark reality of how understaffed the mental healthcare  profession is.

These statistics show that there is a lot that the mental healthcare profession has to attend to and this undeniably  suggests that there would be more hurdles in the way towards their goal.

Also, with the number of mental health issues rising rapidly and people  getting more vocal about it by the day, it is safe to assume that  businesses like Pinkymind will soon be expanding their reach and their team.

The expansion is inevitable, for the team’s ultimate mission is to provide  a ‘safe space’ and ‘anonymity’ to everyone. Especially to the young  adults, who are more prone to mental instability, in the most considerate,  compassionate, and humane way possible.