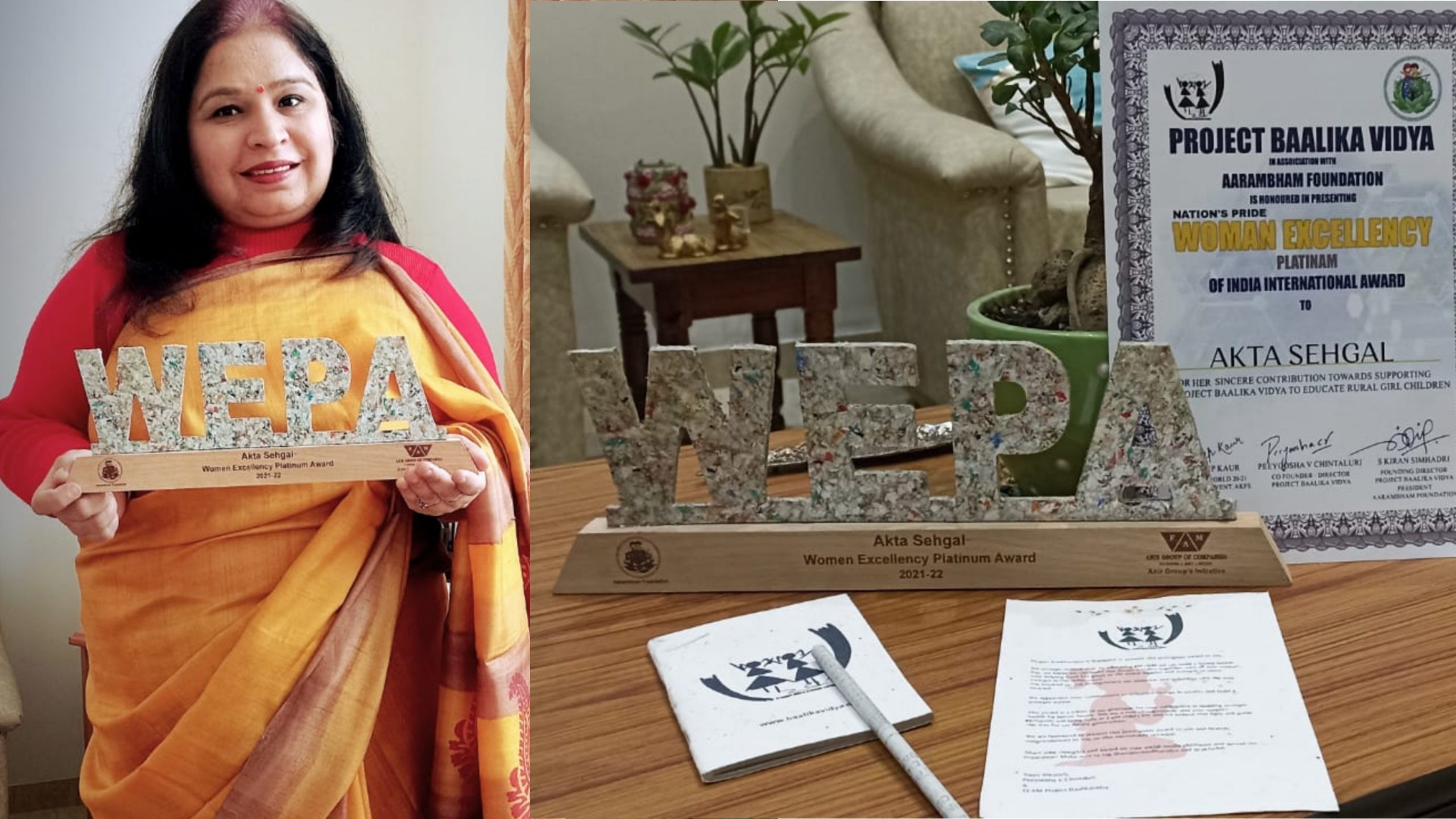 Motherhood Club was started three years back. It was an outcome of a very serious conversation between 4 mothers who had children in the age group of 2 years to 5 years. Each of them felt that once they had become a mother, their entire life changed where they were just changing their diapers and taking care of them, and each one of them has taken a backseat when it comes to their own well-being and career.

So we thought that we would meet every month to discuss and see if we could help each other and discuss the aspiration of a particular mother. But then everyone got busy, and it slowed down for 8-9 months, but then Akta Sehgal Malhotra restarted it in June 2020

During the lockdown, she felt that her efforts as a professional were recognized and was also invited to many platforms to talk. Still, as a mother, nobody wanted to know her situation, and that’s when she thought of bringing out the journey of the mother.

“Motherhood Club” is a platform where women get to talk about their journey as a mother. Because as a professional, everybody’s invited for a talk show or any event/function, but a mother doesn’t get all these opportunities. And that is why Akta thought to put a structure in place and bring more mothers, and each of us together could build a community of us. And all of us can share the situation from which we shy away from talking.

Motherhood club believes that a lot can be achieved if women or mothers stand tall for each other and build that strong bond.

Cribbing and whining is old school. The new school of thought believes in being a changemaker. MHC is that change, the change that shall evolve with every mother evolving thru the mindset of being In- dependant to Independent and from Being financially independent to financially Confident.

Today We are a Four member strong team. Ms Akta Sehgal is the Founder And Chief Strategy officer. Ms Ila Pachauri, Chief Happiness Officer; Ms Monica Goel Diwan, Chief Cheering Officer; and Ms Pooja Dixit, Chief Creative Officer, who leads the initiatives and are 200 plus talk shows and 1400 plus members strong. We have seen organic growth and what drives the team is Passion, perseverance, and panache.

We wish to achieve education, empowerment, and enlightenment of self and mothers the world over and work on three pillars of life Health, Wealth, sbd Happiness.

We also focus on sanitary pad distribution and have, till date, distributed 12000 packets with eight pads in each packet across nine cities. We have also installed three sanitary pad vending machines in Delhi NCR.

To be a part of the group, you can email at motherhoodclub2020@gmail.com

Balika Vidya is something very close to our hearts. Girl child education across scholastic and non-scholastic is something we believe in. Only when girls are educated for life can they be confident, independent, and empowered together for a better tomorrow.