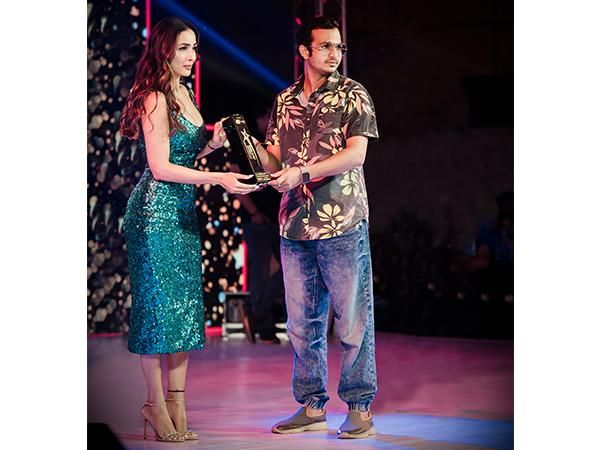 Recently, Bollywood Actress Malaika Arora honoured Milan Shah, a renowned entrepreneur, with an award for his hard work and skills. Milan was felicitated by Malaika and was awarded with the Nation’s Best Entertainment Industry Promoter for consistently promoting the entertainment business and managing it with his management talents. The grand award ceremony was held at Narayani Heights, Gandhinagar in Gujarat. Numerous distinguished personalities from fields like social service, arts & cinemas, literature, and business were present at the event that was organised to appreciate young people’s inspiring work.

Expressing his happiness and thanking the jury, Milan Shah stated, “I am truly overwhelmed to have been bestowed with such high honours. It feels great to have received the Nation’s Best Entertainment Industry Promoter from none other than the glamour queen- Malaika Arora in the presence of several celebrated personalities. I would also like to take this opportunity to thank the jury members for considering my work and for awarding me. With this honour, I am feeling happy as well as responsible as I need to keep on doing my work and inspire people to take up a good cause.”

While giving the honour to Milan, Malaika Arora also praised the young entrepreneur and congratulated him for winning the award. The event also saw several people being felicitated for their work in a plethora of fields. Milan, who won the award for country’s greatest social media promoter,  is a well-known entrepreneur based out of Gujarat, who has worked in the entertainment sector for many years. He founded Alliance Time Media Group, which is today a well-known media agency that assists brands in their launch and development. Milan Shah has worked with several well-known persons and successfully organised events for them.