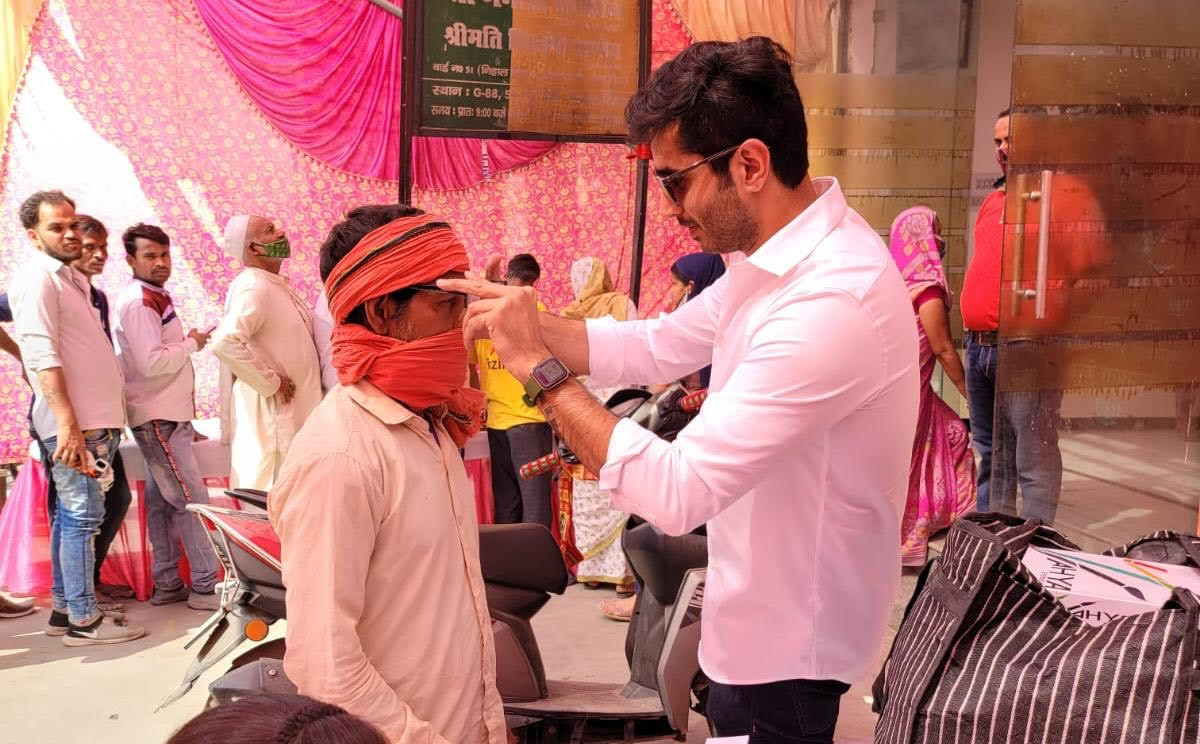 Himanshu Mann is a guide, mentor and a trainer who has coached various young and budding entrepreneurs. He is often known as ‘an entrepreneur with a cause’ for his works and efforts he was awarded with Nation’s Icon Award 2022.

Himanshu is the founder of Wolf Lifts, a service that provides lift and elevator installation services. His entrepreneurial journey started when he completed his engineering degree and he wasn’t offered campus placement by any MNC. He says, “This event turned out to be a blessing in disguise for me.” As Criss Jami, a famous writer says, “Find a purpose to serve not a lifestyle to live.” Himanshu has identified his purpose and he is working in accomplishing it wholeheartedly.

He holds a B.Tech degree in Electronics Engineering and he has completed his MBA from University of London with a distinction in International Business Management. Besides, he was recently awarded an honorary PhD by CVU for his contribution in the field of Entrepreneurship. He has achieved a lot since his he started his journey.

He made a debut in the world of entrepreneurship with the vertical transportation industry. He observed that due to space crunch in Delhi there is a steep rise in demand of high-rise buildings in Delhi, which necessitates the installation of elevators in the building & the capital Delhi which was still getting used to high rise building culture was witnessing a high demand of quality elevators, which led him to this industry. He analysed the market and stepped into the market and the outcome was unparallel. He successfully set up his business and saw development in his business.

He not only made a debut in this sector but sensing that this sector has a future and a well-defined growth structure he introduced his school friends to this and they too started their business in just a couple of years there was a completely developed ecosystem of lifts in Paschim Vihar. The ecosystem has allowed him to grow holistically. Over the period he had helped and aided in development of at least 25 companies directly or indirectly and all of them are well established and capture a good proportion of the market.

He realised his talent of mentoring and training entrepreneurs and at times he also acted as a consultant; his abilities did wonders to people. He has also helped his friends in their businesses and start-ups. Himanshu says, “It is my moral responsibility to contribute to the society. This is the way I can best contribute in nation building and development of our society.” Adding to this he not only has helped people run businesses but is also continuously engaged with various social campaigns and events.

One such instance is of DDA Flat, Delhi Development Authority where he sensed that people living in flats developed by Delhi Development Authority were not able to avail the facility of lifts. So, he decided to run a campaign and bring a solution to their problems. He started helping them and providing free consultations to senior citizens to obtain NOC for installation of lifts in their flats and societies so that they do not face problems, as of date he has helped more than 55 families and the number keeps growing as he continuous his good work. For his efforts and goodwill, he is also appreciated by the Mayor of North Delhi, Municipal Corporation of Delhi.

Himanshu states, “It is my honour to serve the people in any way I can. I will continue to do so.” He is associated with NGO’s and he also organises charity events in his own capacity for the welfare of the needy and vulnerable people. Recently on Martyrs Day, 23rd March 2022 in memory of Shaheed Bhagat Singh, Sukhdev and Rajguru where he sponsored Cataract Eye Operation camp in a colony Nihal Vihar Outer Del=lhi area, where around 500 people received free eye glasses and eye medicines, while 14 got their eye cataract operation absolutely free of cost, including the transportation cost to the hospital. It was all sponsored by Himanshu. He says, “I keep on organizing sports meets, free online sessions to train and guide the youth. They are the future of the country and their energy has to be channelled in a positive way.”

A philanthropist, entrepreneur, a coach— Himanshu Mann is a great source of inspiration for budding entrepreneurs and especially the youth of the country.  When he was asked about his mission, he confidently replied, “I’ve set an ambitious target of creating at least 1000 entrepreneurs in my lifetime.” Apart from this he wishes to expand his business in the healthcare sector as well.

He surely will succeed. Wishing him all the best.

To know more and connect to Himanshu Mann visit;https://instagram.com/hunney007?igshid=YmMyMTA2M2Y=