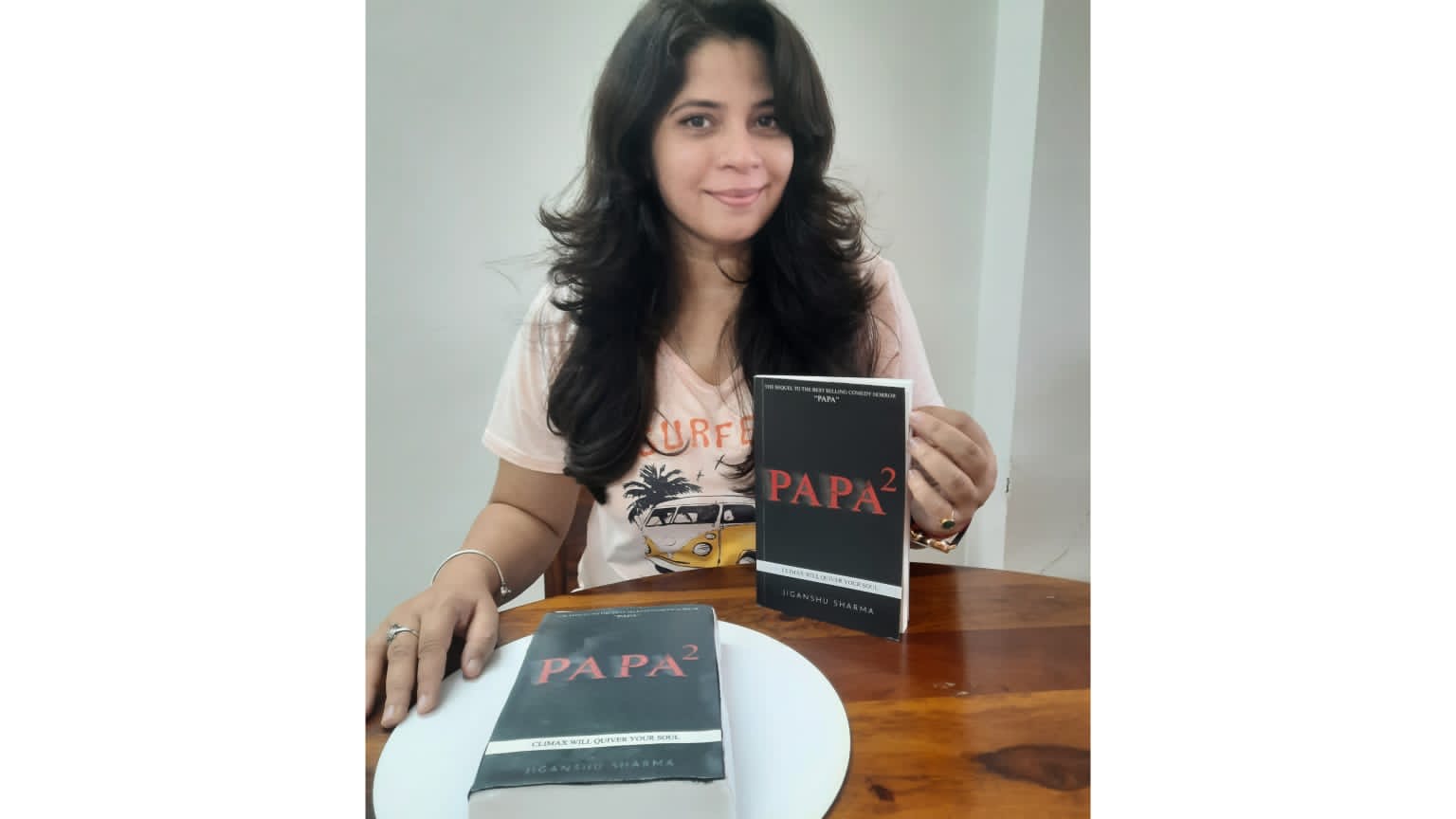 Bestselling horror comedy ‘PAPA’s  sequel ‘PAPA 2’ was launched on 15th August 2022 and its been a month since the book is bestselling.

“Yes, a package for every problem, yours is preliminary one, just bad dreams, you didn’t see ghosts in real life so just parsad and najarbattu is enough for you which will come in Rs 500/- only. People who suffer from unknown possessed spirits, for them the ultimate bhoot bhagao package covers is offered and it’s cost upto Rs 5000/- to Rs 10,000/-, depends on the severity and urgency.’

‘Ramlu baba is famous no, his appointment is not easy to get. So if somebody wants to get rid of the ghost urgently due to some marriage function at home, or some other important event than they have to pay extra and as far as how serious is the issue that only Ramlu baba will diagnose after the first checkup.’ Said Radhaa while sniffing dry orange peels, as if Ramlu baba is some renowned doctor.

‘You know, to get rid from known spirits is the costliest, it’s about Rs 15,000/- to Rs 25,000/- again depends on for how long they are possessed and how speedy the victim want to get rid from them.’ She added to enlighten her not so aware and antisocial husband.”

Born as a rebellious girl in a middle-class family Jiganshu Sharma is the bestselling author of ‘Friends Forever ya whatever’, ‘Papa’, ‘Love, Ladies & Siyappaa’ and ‘Patang’. She is widely known for ruling Amazon’s number 1 bestselling list within a week after the release of her books. Jiganshu’s passion for writing kept her dream intact of becoming a successful writer and author. She converted her dream into a reality on 10th August 2017 with the launch of her first novel.

Excerpt about her books

‘Papa’ is a suspense thriller, murder mystery with a flavour of comedy and horror and was bestseller in horror category for months. Along with that she started coaching many upcoming writers in finishing their novels. Good food and impromptu vacations are her weaknesses.

Her third book ‘Love, Ladies & Siyappaa…’ was published on 26th Jan 2021. She penned down six short stories, on six women protagonists who hail from different demographics of India. They have siyappaass (problems) and they drive out quirky and out-of-the-box solutions to live happily ever after.

Her fourth book ‘Patang’ was published in 9th October 2021. It’s a collection of Hindi poems divided into four parts which includes Me, Love, Life and Childhood. Most of the poems are inspired with her life’s events and problems which she had faced in her childhood and teenage years and when she fell in love.

Right now she finished writing her sixth thriller novel and started working on its sequel.

Jiganshu is black belt in Taekwondo and a feminist, who dares to stand for women.

She is living her dream of a versatile novelist and a writing coach. Besides writing she likes to play violin, bake cakes, paint, planter and practice taekwondo and Muay Thai in her spare time. Good food and impromptu vacations are her weaknesses. She is a loving mother to a 3 year old son and a supporting wife currently staying in Gurgaon.