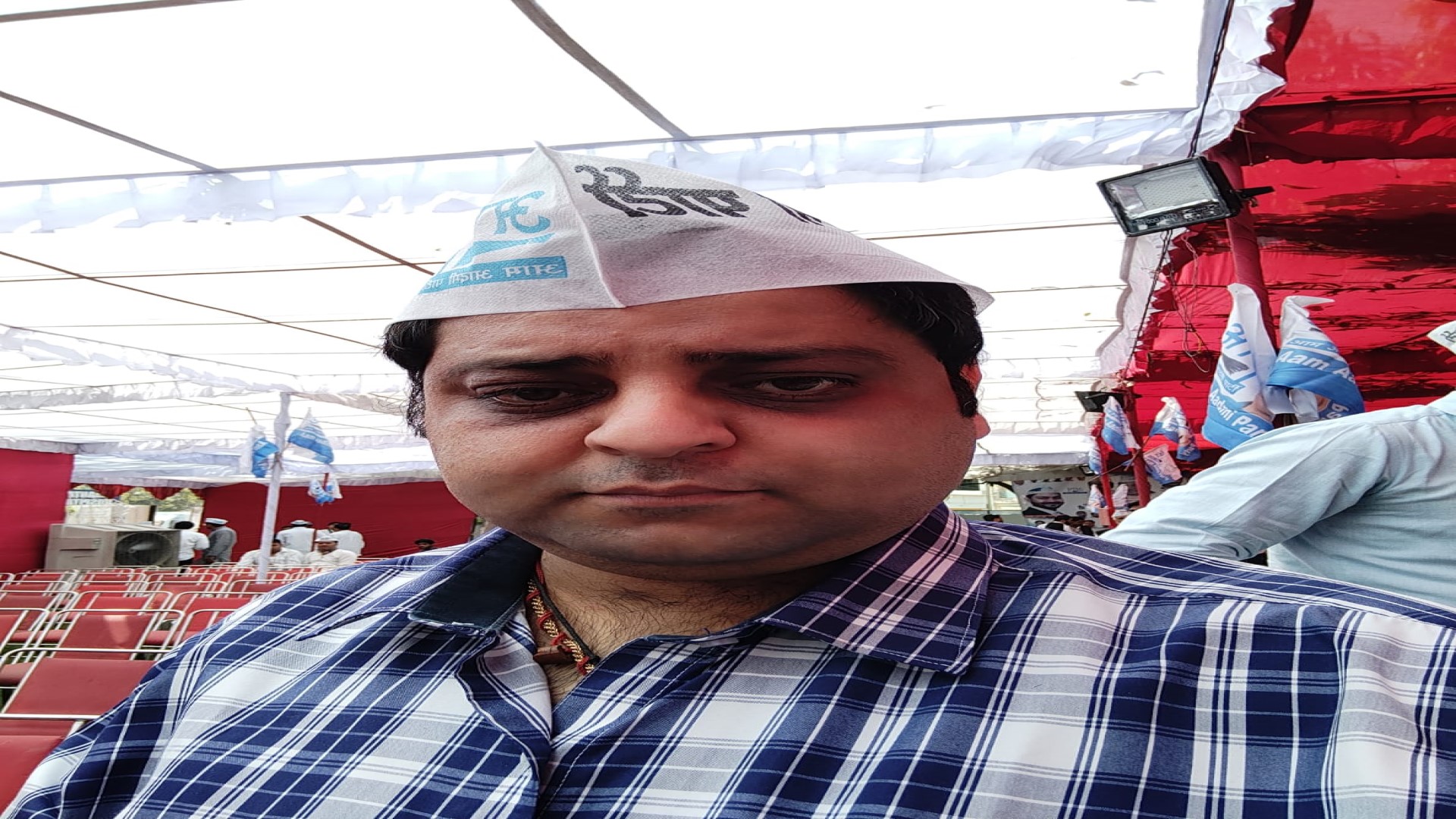 Today, meeting was conducted of Aam Aadmi Party’s dignitaries and position holders. Aim of this meeting was to finalize the key positions of all the wards of Badhkal vidhansabha. Present on this occasion were Mr. Dharamveer Bhadana, Mr. Manish Bhatia, Mr. O.P Sharma, Mr. Apar Chandila and Mr. Pankaj Gupta. All Wards Secretaries were chosen in this meeting along with other important positions.

Mr. Himanshu Sethi of NIT 5 Faridabad was appointed as a Media Secretary for Badhkal Vidhansabha. All the dignitaries congratulated him and wished him all the best for this important responsibility given to him by the party. When asked him regarding this important position, he replied – “That he will try to perform his best in this area of work and try to promote the work done by AAP in Delhi and Punjab with general public”.

We will try to fight the elections on merit basis and on the factors which are of utmost importance for the public, we will not differentiate people on the basis of caste, communism and race, just like some parties do, he added.  We will try to resolve the issues of common people which none of the government has even tried to do in the past since independence.

On asking about recent attack on house of Delhi Chief Minister’s and Conveyor of Aam Aadmi Party Mr. Arvind Kejriwal, he said this is the black spot on the party and on those people who are involved in this kind of activities. This is unacceptable in a nation like India, this is not just attack on a CM but it’s an attack on the constitution of India. Sh. Arvind Kejriwal is not just a conveyor of a party but a representative of Delhi’s people who have chosen him not only once but thrice through constitutional right which is voting.  Without taking anyone’s name he targeted the opposition that they are not able to withstand in front of Sh. Arvind Kejriwal so they are taking the other path now of attacking the residence of the Delhi’s Chief Minister, he added.

While talking with Mr. Himanshu Sethi he made the strong statement that Aam Aadmi Party is making a solid progress in Haryana for their upcoming Municipal Corporation and Vidhan Sabha Elections. People are loving Aam Aadmi Party over any other party, People want Delhi model to be executed in Haryana too, they want better infrastructure, educational institutions, electricity and water supply at a much affordable cost, he  added. We are getting loads of love wherever we are going for the campaign.

He  focussed on some issues which are the part of Faridabad and Haryana over a long period of time like: conditions of roads and even Highways are very poor, Swachh Bharat Abhiyan is no where seen here and loads of garbage can be seen on roadside and even near to the schools and public buildings. There are various spots in Faridabad which needs to be cleaned on regular basis and focus should be to maintain the cleanliness on regular basis. Situation of the market needs an immediate attention as well, he added.

We want to educate those people who don’t know about Mr. Himanshu Sethi – he is a social activist who did fantabulous job during COVID – 19 where he himself along with his family and friends cooked and distributed food for the needy people for around 45 consecutive days along with 100+ Ration packets which were distributed during the course. He was also serving as a Control-Room-In-Charge in Singh Sabha Gurudwara Sector 15 Faridabad. He managed a huge team of volunteers as well during pandemic.

Not only this, he is very active in working for the betterment of the society while helping and keeping the society neat and clean by participating in Anti-Polythyne Campaign and Plantation drive, etc. He is constantly and constructively engaged to make Faridabad a smarter city to live in.  He has a vision to help children get more educated irrespective of their caste, gender, economic barriers. He is National Vice President of Human Rights and Social Justice Committee though he is also well inclined towards Sports and Entertainment sector apart as he has been Ex-Vice President of Faridabad District Boxing Association Faridabad and Owner of T10 Grassroots Cricketer Association Uttar Pradesh till the year 2021.